The WTO and the LDCs 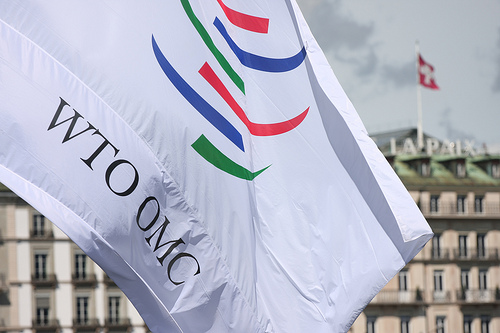 The Doha Development Round or Doha Development Agenda (DDA) is the current trade-negotiation round of the World Trade Organization , which commenced in November 2001, being officially launched at the WTO’s Fourth Ministerial Conference in Doha, Qatar. Its objective is to lower trade barriers around the world, which will help the increase of global trade.

For its part, the preamble of the Trade Related Aspects of Intellectual Property Rights (TRIPS) Agreement, recognizes the fact that the LDC need more flexibility in implementing laws and regulations. Moreover, the Agreement requires developed countries to create incentives measures for the transfer of technology to LDC, and also it gives them a period of 10 years from 1995 to implement to most of the obligations associated with the TRIPS Agreement.

But back in 2005, LDC were not in able to fulfil those obligations, and therefore they properly required in 2012 an extension, which was granted by the Council until June 2013.

Next week, Haiti, based on article 66.1 of the TRIPS Agreement, and on behalf of the Least Developed Countries, will request again the WTO members another extension of the transition period to implement the Trade Related Aspects of Intellectual Property Rights (TRIPS) Agreement.