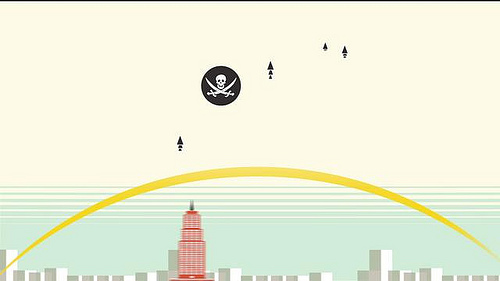 The efficiency of the Intellectual Property Commission is not under discussion, since it has get that 34 Web sites causing infringements of intellectual property rights, decided voluntarily to remove their content. However, an improvement of the system is still desirable.

In that regard, the International Intellectual Property Alliance (IIPA) made a recommendation about Spain coming back into the list of pirates countries, from which Spain stop being part of it since last year. According to that, María Teresa Lizaranzu says that it does not mean Spain getting back into that list.

This problem can be noted in the fact that during this first year of the Commission, 363 author’s claims concerning misuse of their works on the Internet, have been filed and handled. Less than a half (115) of such claims did not succeed, while 248 were archived for formal reasons.

In order to avoid this, an amendment of the Intellectual Property Act has been proposed, which includes the modification of aspects relating to its functioning and notifications.

It is to be highlighted that one of the amendments would entail the implementation of an electronic notice board allowing the publication of defendants’ notifications with their residence outside Spain, to solve the slowdown that brings the obligation to publish edicts in the embassies of the countries where the web sites are domiciled.