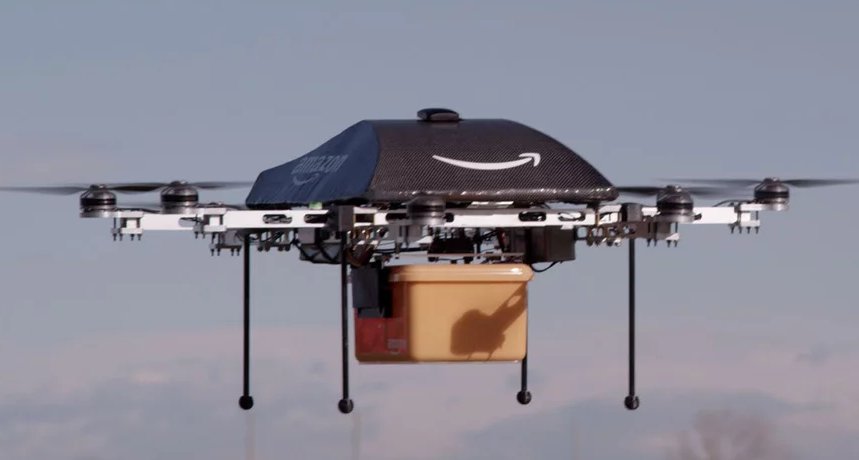 On 31 May 2017, the US Patent and Trademark Office (USPTO) granted Amazon the patent covering a shipping label with a built-in parachute to help packages delivered by drone to make a safe landing.

The patent reads "the system can comprise a label that includes a parachute from the aerial vehicle, yet land at the package's destination without damage". The system also includes sensors to make sure the package hits its landing zone, along with a shock absorber to ensure a soft landing. In addition, the patent includes an indication that the labels could be applied to all Amazon packages, which can also be removed in case the package is finally delivered by truck rather than by drone.

Amazon's drive for drone-delivery systems was also foreseen in 2015, when the company filed the patent titled "maneuvering a package following in-flight release from an unmanned aerial vehicle (UAV)", covering a system for ejecting packages from drones in mid-flight.

These two patents suggest that the drones will launch the packages which will contain a radio frequency within the package, which would receive data from the drone. With these two patents, consumers can have a view of what the future in delivery will look like, although it is unclear how close that future is.