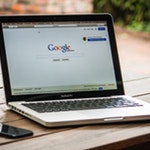 Last 27 June 2017, the European Commission imposed a total fine of 2.420 million euros on Google, the largest ever imposed against a single company, for abusing dominance as search engine by giving illegal advantage to another Google product, its comparing shopping service.

In 2004 Google began offering services regarding comparison shopping in Europe, with a product initially called "Froogle" (and since 2013 has been called "Google Shopping"), which allows consumers to compare products and prices online and find deals from online retailers of all types, including online shops of manufacturers, platforms (such as Amazon and eBay), and other re-sellers.

This practice amounts to an abuse of Google's dominant position in general internet search by stifling competition in comparison shopping markets. Whilst market dominance is, as such, not illegal under EU antitrust rules, dominant companies have a special responsibility not to abuse their powerful market position by restricting competition, either in the market where they are dominant or in separate markets.

Therefore, in light of the above, the Commission found that Google's practices have stifled competition on the merits in comparison shopping markets, depriving European consumers of genuine choice.

The company must now end the conduct within 90 days or face penalty payments of up to 5% of the average daily turnover in the preceding business year per day.