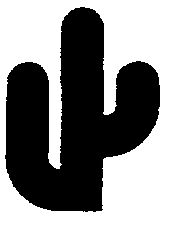 Last 11 October 2017, the Court of Justice of the European Union (CJEU) confirmed in its judgment in Case C-501/15 P that if there is a semantic similarity between the verbal and figurative elements of a mark, the mark can be considered genuinely used, even when the verbal elements are completely missing. Most importantly, this judgement confirms that the IP Translator and Praktiker judgments, which fundamentally changed the approach to the scope of protection of EUTMs, do not have retroactive effect.

The case dates back to 2002, when two EUTM applications filed for "CACTUS OF PEACE" and "CACTUS DE LA PAZ" were opposed by Cactus SA, based on its earlier word and figurative marks for CACTUS, registered in 2001. These marks covered the class heading for services in class 35, namely “Advertising, business management, business administration, office functions…”. Whether the earlier “Cactus” marks actually covered retail services in class 35 was the key question in this matter.

The CJEU upheld the General Court's findings that the use of the figurative element of the cactus constituted genuine use of the figurative mark in light of the fact that both signs convey the same semantic content and that the limitation derived from the prior Praktiker (C-418/02) and IP Translator (C-307/10) judgments did not apply to and could not change the scope of protection of Cactus SA’s earlier marks.

The Praktiker judgement in 2005 established that applicants claiming “retail services” must specify the goods to which such retail services relate. After the said judgment, the EUIPO changed its practice and started objecting applications listing “retail services”. The IP Translator judgment in 2012 established that a class heading may be interpreted as covering the goods or services included in the alphabetical list of that class, provided that the individual terms in the class heading is sufficiently “clear and precise” and that the application reflects the applicant’s intention to cover all the goods or services included in that alphabetical list.

As a consequence of this judgment, the EUIPO practices, the Community Trade Mark Regulation and the Trade Marks Directive introduced substantial changes to the future classification practice by which a class heading covers only goods and services that fall within the literal meaning of such class heading and EUIPO did also issue guidelines that applied retroactively. The retroactive effect of the judgements remained, however, unclear.

This judgment is of great interest for practitioners since it serves as a reminder that trade mark owners’ rights cannot be reduced retrospectively.